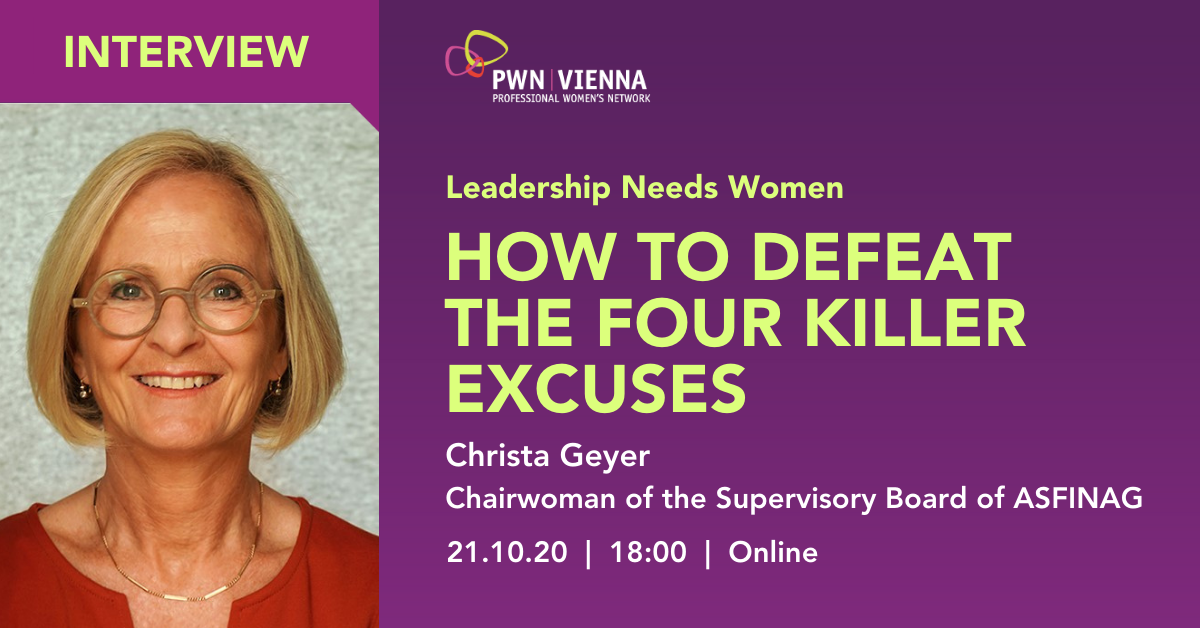 How to defeat the "four killer excuses" preventing women from getting the  leadership positions they have earned.

Gender diversity at the leadership level drives innovation, increases productivity, boosts profitability, and motivates employees to perform better. Despite this, closing the gender gap in leadership roles remains a challenge in many companies.

The Code of Conduct developed by Fondsfrauen is intended to serve as a guideline for increasing female participation in Leadership roles. It was intended for the financial industries, but can be applied in all fields.

Explore the Code of Conduct (English)

Explore the Code of Conduct (German)

Interview with Christa Geyer, Chairwoman of the Supervisory Board at ASFINAG

As part of our ongoing mission to support gender equality, PWN Vienna is live streaming an interview with Christa Geyer, Chairwoman of the Supervisory Board at ASFINAG, Head of Center of Competence/ CEE of Raiffeisen Capital Management, and Fondsfrauen member.

Our President, Claudia Cordie, will interview her on how to combat the ‘killer phrases’ often used to explain the lack of female leadership.

We will reveal the phrases that challenge and slow down the process of reaching gender equality at the leadership level, such as „Women do not provide the same qualifications as men“ and more. We will also explore the recommendations on how to remove these obstacles.

Christa will also discuss the three main goals of Fondsfrauen, as well as their financial literacy workshops.

Register below and join us for an insightful interview!

You are already logged in, Please logout and continue

Click here to find the city network closest to you and become a premium member.